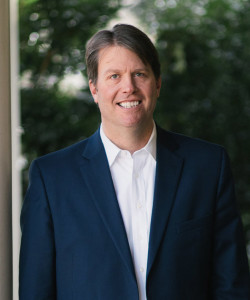 Philip fixes problems—whether related to a complicated litigation matter, a lobbying matter, or just utilizing his contacts within Raleigh, Wake County, and North Carolina to resolve difficult legal issues. After more than 20 years as a commercial litigator and 8 years of public service on the Raleigh City Council, Philip has demonstrated a unique ability to resolve complicated legal challenges. The lessons learned in the courtroom and the political arena provide Philip with a diverse skill set to solve his clients’ most complex issues.

Philip grew up in the small city of Martinsville, VA. Martinsville instilled many small-town values traits in Philip: hard work, humility, an ability to communicate with people of all backgrounds, and a willingness to fight for what is right. Philip graduated cum laude from Washington & Lee University in 1989 with a degree in European History and a concentration in English History. He graduated from the University Of Mississippi School Of Law in 1992. While attending law school, he served as the Book Review Editor of the Mississippi Law Journal, was a member of the Moot Court Board, and served as the Prosecutor for the Honor Council from 1990–1992.

Philip is proud to have served as the District E representative on the Raleigh City Council from 2001–2009. While on the Raleigh City Council, Philip was a member of the Budget and Economic Development Committee, the Public Works Committee, and served as Chair of the Law and Public Safety Committee for six years. During his time on the Council, Philip built lasting relationships with other elected officials and staff within Raleigh, Wake County, and North Carolina. Since retiring as an elected official, Philip continues to build upon all the relationships he developed over the years.

After joining Blanchard, Miller, Lewis & Isley, PA, Philip began significant work for clients before the City of Raleigh, Wake County, and the North Carolina General Assembly. Philip’s lobbying and governmental relations work is a substantial part of his practice, and his reputation as a problem solver has inured to the benefit of many clients.

Philip currently serves as a member of the Centennial Authority, Band Together, the Triangle Educational Assistance Fund, and has served on the last three Local Organizing Committees with the NCAA regional basketball tournament. Outside of his legal work, Philip’s interests include cooking, fly fishing, and music.