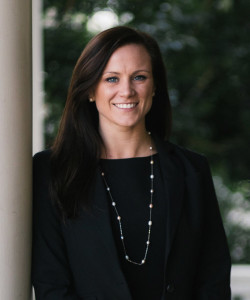 At Campbell Law, Lauren competed on Mock Trial Team, representing Campbell Law School in competitions across the country. Lauren was recognized for her advocacy during the 2012 South Texas Mock Trial Competition with an Outstanding Advocate Award. Upon graduation,Lauren received the International Academy of Trial Lawyers Student Advocacy Award, the Robert A. Jenkins Award, and was inducted into the Order of the Barristers, a National honorary organization that recognizes graduating law students who have excelled in advocacy.

Lauren joined Blanchard, Miller, Lewis, and Isley in 2012. She focuses her practice on complex civil litigation, having tried cases to verdict in North Carolina Superior Courts.

Lauren is also a member of the North Carolina Advocates for Justice.