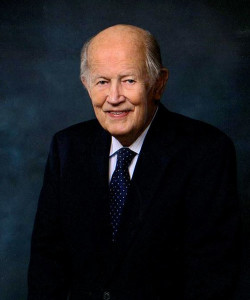 Raleigh attorney Charles F. Blanchard received his undergraduate and law degrees from Duke University and has practiced law continuously since 1950 in Raleigh. He was the senior partner in the firm of Blanchard, Miller & Lewis, P.A. until becoming of counsel in 2000. His firm’s practice is primarily in litigation and representing injured persons.

He was married to the former Bernard Berkeley and has two daughters. He is a recent past president of the North Carolina Episcopal Foundation. He has twice served as senior warden of St. Michael’s Episcopal Church and currently serves on several non-profit organizations in the area.